Hello lovelies, and happy Monday! In my many years of thrifting, I’ve come to believe that some items wind up with certain people on purpose. Like when Kara posted her cute mug in this thrifted Waylon tee, I knew I had to quell my insane jealousy and accept that it was simply meant for her. Here she is with the full scoop on her Nice Find.

I thrifted it at: It came from Unique in Northeast. My bestie Amy plucked it out of the rack for me like magic.
I paid: $5? Maybe?
I’m going to wear it: Everywhere…if my brother doesn’t steal it first.
My best piece of thrifting advice is: Go with a friend who understands your style and you understand hers. You find double the stuff that way!
My favorite Waylon Jennings song is: This week? “Good Hearted Woman.”

So…who’s up next? If you have a #nicefind you’d like to share, I would love to tell your story! Shoot me an email (hpthrifter@gmail.com) about a thrifted purchase that made you giddy, along with a photo, and we can go from there!
I hope to hear from you soon!
xoxo,
Meghan

It’s been a long work day and I’m sort of out of words, but I wanted to pop in quickly and share some snippets from my weekend in Wisconsin with you. 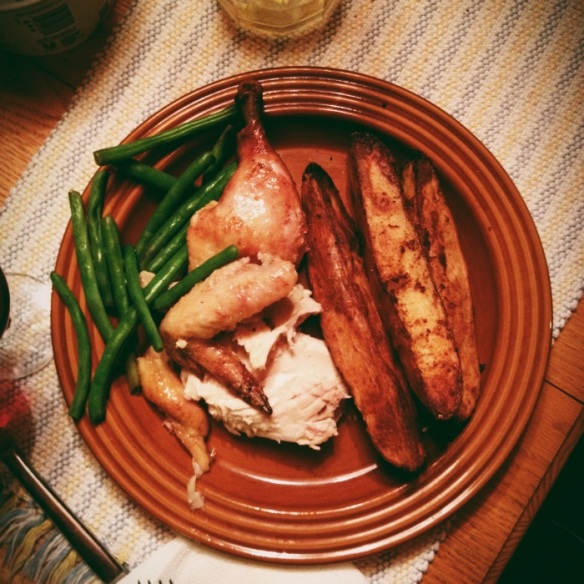 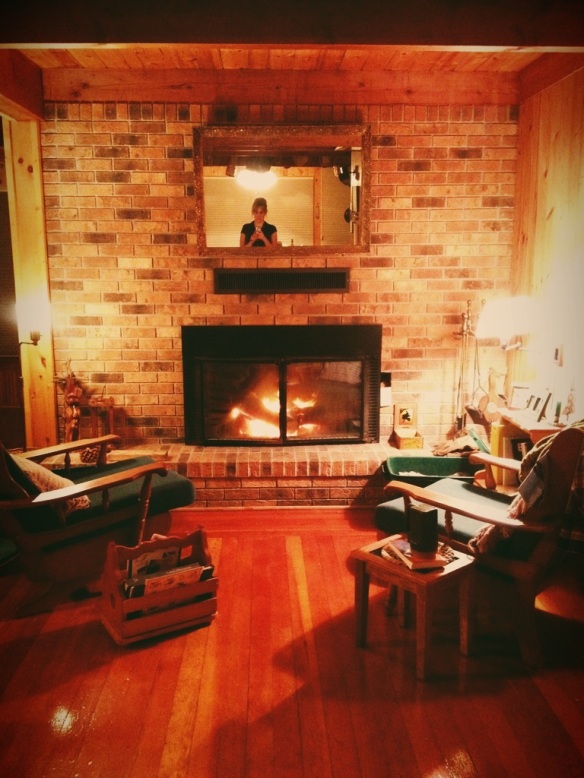 My cabin = coziest place on earth. 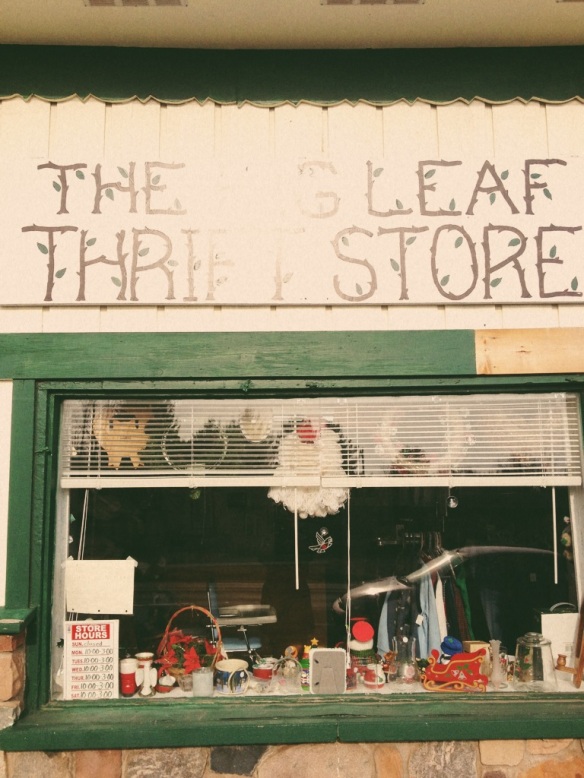 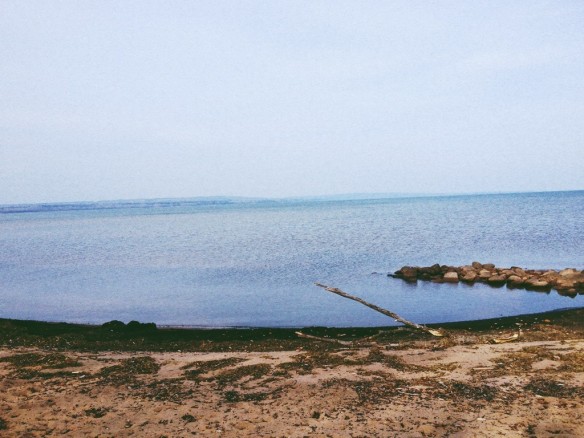 Wisconsin Bloody Marys, I miss you so. 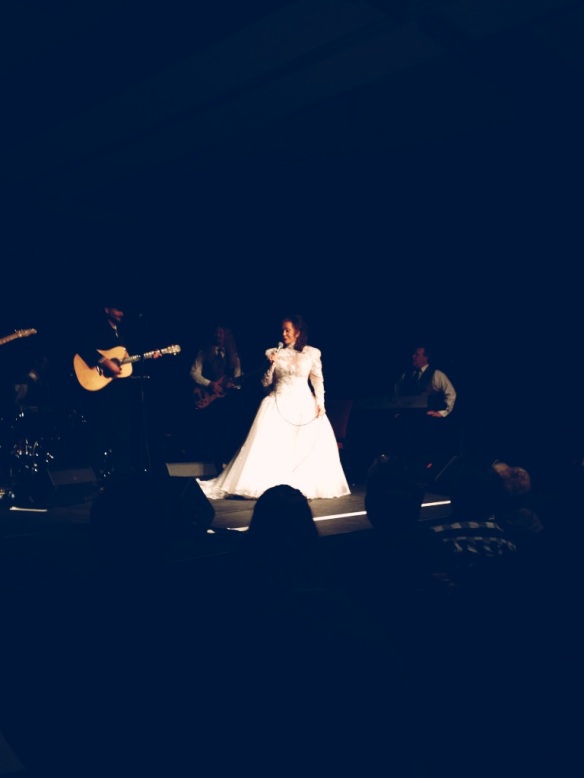 My favorite lady country singer, who we saw perform from the third freakin’ row. It took me four songs to stop crying from happiness…it was literally like a dream.

And last, but not at all least, three days straight with this guy, who isn’t embarrassed to road trip with a lady in rollers apparently, bless his heart. After four years together, he still treats me like a treasure (even when I act like a turd). And that’s just one of the many, many, many, many reasons why I love him so.

I hope you all had wonderful weekends as well, and that your (short) week’s off to a stupendous start. Be back here tomorrow with a lovely list of links I’ve been diggin’.

P.S. Photos in this post were taken with VSCO Cam.

It’s finally Friday friends! We made it! This weekend is exceptionally exciting because today, I’m heading up to my family’s lake house with my honey. And tomorrow?  We’re road trippin’ to a part of my home state I’ve never visited, my favorite coal miner’s daughter, Loretta Lynn. My sweetheart surprised me with tickets…THIRD ROW TICKETS…as an early birthday present. 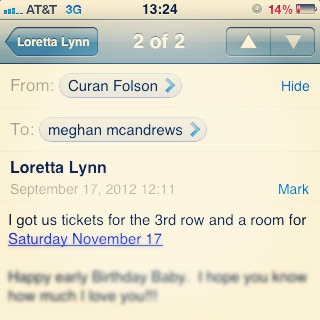 Keeper much? I’d say so. Besides seeings Loretta, we don’t have much of an agenda, which I’m perfectly OK with. I’m hoping to stop at some of my favorite thrifts on the way up 35-W and I wouldn’t mind trying the beer at this little brewery in Ashland when we drive through there, but we’ll see how it goes. After such a busy week (month?), it’s going to be nice to not be in any kind of rush.
I wish you all wonderful weekends! See you all back here on Monday?
xoxo,
Meghan
P.S. The photo of Loretta was found on this blog. It was taken the moment she got word she had been been accepted into the Grand Old Opry.

Time for another Style Magic feature, this one featuring one of my most favorite country ladies, Bobbie Gentry. Not only is this enchanting beauty a ridiculously gifted songwriter/singer, but she has a style all her own. I love how she can rock a va-va-voom showgirl-style frock (complete with a waist-high slit) in one pic and then be perched barefoot in a tree, looking ever-so-comfy in jeans and a pull-over in the next. And that hair! The ever-present voluminous mass of long, long, long brunette locks—I just love it. (I even gush about it on Beauty Bets tomorrow! Go see!) 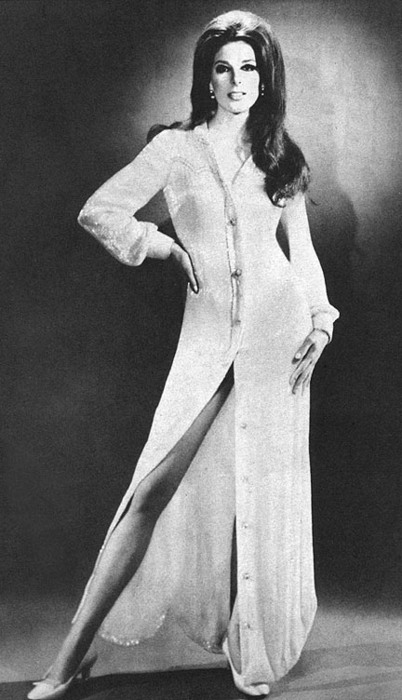 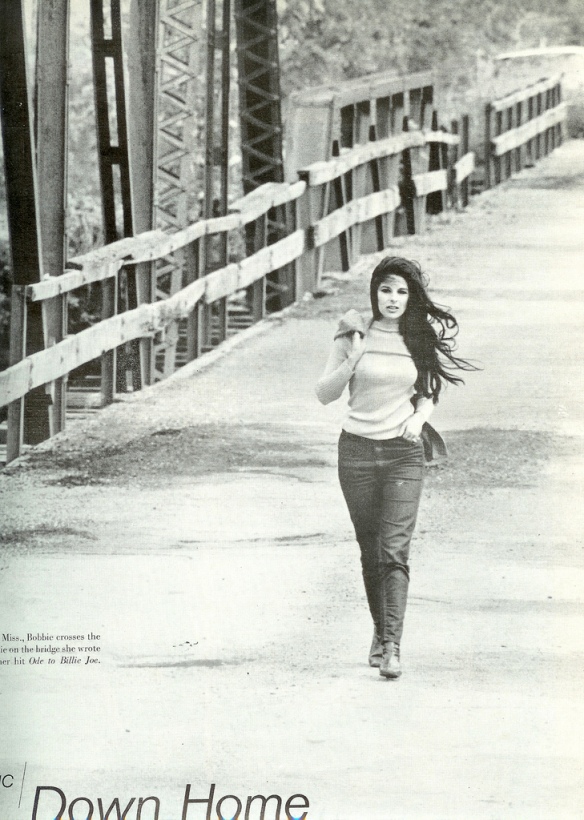 Of course, I couldn’t have a whole feature about Bobbie without sharing a few of my favorite clips of her singing.

I hope you enjoyed this little round-up of pretty pictures. To learn more about Miss Gentry, get your mitts on the winter issue of Venus Zine, which features a *fascinating* article about her by Tara Murtha.

Pitchfork, smitchfork. Send me back in time to 1974 and Willie Nelson’s 4th of July Picnic, please!

Ok, so I know that’s not possible, but tonight, I get to pretend I’m there, at least for a couple of hours. You see, I’m going to see Yabo Yablonski’s documentary, simply named “Willie Nelson’s 4th of July Picnic,” and I’m so excited.

Here’s a shot of Willie, kicking off the event, which was sponsored by Lone Star beer. A crowd of more than 150,000 was expected to attend the three-day festival.

“I wanted to have it on the Fourth of July, because it was too hot to fight,” Nelson said, when speaking about why he decided to plan the event during the height of Texas’ steamy summer. “The hippies and the cowboys can get together, and everybody can get along, and that’s exactly what happened.”

And while you can’t Netflix this puppy, you can find a good amount of clips from the film on YouTube. (Due to some fresh-air loving ladies with their boobies in the wind, this clip is NSFW.)

I feel really lucky to be able to see it on a big screen, not to mention with two of my favorite fellow old country lovers. If you’re in the Twin Cities area, tickets are still available here.

P.S. The photo of Willie is from The Selvedge Yard.

My name is Meghan, and I'm the deal seeking, nacho eating, vintage loving lady that shares her Twin Cities thrifting adventures and helpful how-tos here. Make yourself at home!